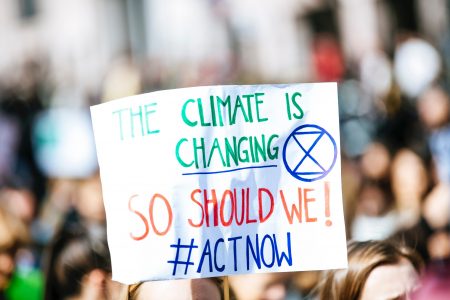 What is climate change?

According to the Intergovernmental Panel on Climate Change (IPCC), Climate Change refers to any change in climate over time, whether due to natural variability or as a result of human activity. This usage differs from that in the United Nations Framework Convention on Climate Change (UNFCCC), where climate change refers to a change of climate that is attributed directly or indirectly to human activity that alters the composition of the global atmosphere and that is in addition to natural climate variability observed over comparable time periods. Since the 1800s, climate change has been attributed to human activities such as burning of fossil fuels (oil, coal, gas) used by locomotives.

Numerous long-term changes in climate have been observed at continental, regional and ocean basin scales, including changes in arctic temperatures and ice, widespread changes in precipitation amounts, ocean salinity, wind patterns and aspects of extreme weather including droughts, heavy precipitation, heat waves and the intensity of tropical cyclones. Continued greenhouse gas emissions at or above current rates would cause further warming and induce many changes in the global climate system during the 21st century that would very likely be larger than those observed during the 20th century.

Climate change has led to:

Regional changes in the distribution and production of particular fish species due to continued warming, with adverse effects projected for aquaculture and fisheries.

People living in small island nations and other developing countries are already more vulnerable to climate impacts. Conditions like sea-level rise and saltwater intrusion have advanced to the point where whole communities have had to relocate, and protracted droughts are putting people at risk of famine. Many millions more people are projected to experience severe flooding every year due to sea-level rise by the 2080s. Those densely-populated and low-lying areas where adaptive capacity is relatively low, and which already face other challenges such as tropical storms or local coastal subsidence, are especially at risk. The numbers affected will be largest in the mega-deltas of Asia and Africa, while small islands are especially vulnerable.

Climate change already has an impact on health in a myriad of ways. Firstly, it has led to death and illness from increasingly frequent extreme weather events, such as storms, heatwaves, floods, the disruption of food systems, increases in zoonoses and food-, water- and vector-borne diseases, respiratory diseases and mental health issues. Moreover, climate change is undermining many of the social determinants for good health, such as equality and access to health care, livelihoods, and social support structures. These climate-sensitive health risks are disproportionately felt by the most vulnerable and disadvantaged, including women, children, poor communities, migrants or displaced persons, older populations, and those with underlying health conditions.

Role of GIS in Climate Action

Forests are the second-largest source of carbon sinks after oceans. Expansion of forests and halting deforestation is one of the most effective ways of reducing carbon emissions from deforestation and forest degradation into the atmosphere leading to less global warming therefore mitigating climate change. GIS plays a vital role in ensuring that forests are conserved and deforestation is halted. GIS specialists can develop systems which monitor forests, in that they detect any forest disturbances and changes caused by either human activity or natural causes. Also, these systems can detect and monitor the carbon fluxes/stocks by applying geospatial technologies such as GIS coupled with Earth Observation (EO) which serve high-resolution maps showing forest changes and carbon flux.

Since burning of fossil fuels is the main cause of climate change, local governments and nonprofit organizations see it necessary to adopt the use of renewable energy leading to a reduction in the dependence of fossil fuels. Putting sustainable systems in place which propel the use of renewable energy require close monitoring and robust data. For this reason, many organizations employ GIS to solve the spatial problems involved in minimizing their carbon footprints

Applications of GIS tools and analysis to ensure green energy include:

1. Creating visualizations to show how people and businesses are using power

ii) Noting the best locations for raising crops that yield biomass to be used as fuel.

Evaluating whether a building receives sufficient sunlight to be a good choice for solar panel installation.

Remote Sensing and GIS techniques can assist in the gathering and analysis of relevant data to take appropriate actions in advance of climate change occurrences. Researchers have attributed global warming to intense weather events such as droughts, floods and tropical storms. While adverse weather strikes, geospatial intellectual ability provides emergency response teams with accurate hazard maps derived from remote sensing data and satellite imagery keeping the government authorities up to date on present situations and which areas require immediate attention.

In conclusion, climate change is mainly attributed to burning of fossil fuels which release carbon dioxide as the main greenhouse emission. Local governments and nonprofit organizations have taken action to combat climate change. The use of geospatial technologies such as GIS and earth observation is clearly seen in the attempts to combat climate change. Reduction of carbon dioxide emissions, use of renewable energy and disaster response are examples of how GIS plays a vital role in combating climate. 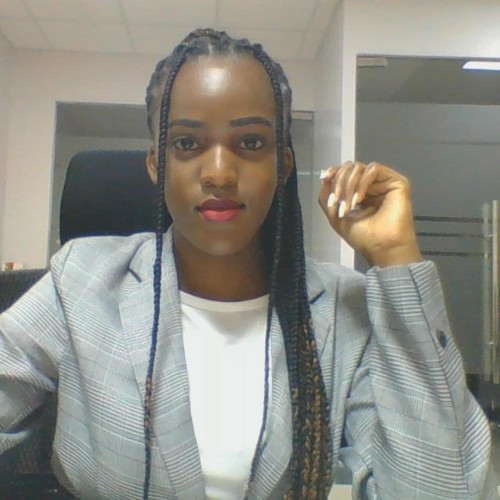