How GIS influenced my life It was in 2010, when I received my KCSE results for the 2009 exam. Having passed the exam, I was to join campus a year later. Born and raised in the country-side, the dream of visiting and living in Nairobi was so real but seemed huge.  I would think about being in Nairobi each day and hoping someone or something made me visit the city. Working in the farms was tiring and boring for me. Whenever a new day came, I saw a new opportunity to make things right.

One day the idea of joining a college in Nairobi for a year came to be. Sharing the idea with my dad was a big challenge for me. I had to convince him on the benefits of the pre-university schooling that I had put my mind.

Finally, my dad agreed and asked me to find a college to pursue computer courses. In this case, on the side, I had a plan with my brother who had identified a college for me, in collaboration with an uncle of mine. Two weeks later, I traveled to Nairobi, the dream city. For me, pursuing computer packages seemed easy and shallow. In this regard, I decided to take up a bigger challenge, a diploma in ICT. I enrolled for the diploma the same day I got to Nairobi at the Institute of Advanced Technology (IAT), Roysambu.

I spent my first night in Nairobi that day. Haha. Seems fun, right? Yeah!. It felt so good and motivated.

During this time, all I felt was joy and had a long way to go in my diploma studies. My ambitions were so real and big enough to make me keep grinding.

At IAT, it was a fresh start. Schooling with other students, who knew a lot about computers, was a big challenge. I tried my best to make good friends and within no time, I was well conversant with computers  (on the basics). A semester was gone and I had learnt so much in just three months. My dreams were gradually being realized through computing. Having undertaken courses such as web design (HTML and CSS), computer programming  (C, C++ and VB) and Databases, I felt things falling in place as planned. Helping students in their projects and building minimal websites for clients outside my school earned me little cash to keep surviving in Nairobi. I would spend days in school and nights using my brother’s computer since I didn’t own one. The hard work I put in my work helped me open more opportunities in life. In my final semester project, I developed a Pharmacy Management System, inspired to tackle the problems of management in chemists, similar to what I saw my uncle go through at his premises. My uncle was the only client who purchased my software. I used the cash to purchase my first computer in 2011 which opened more opportunities for me. The story goes on.

After a year in my college, I was set to pursue my Bachelor’s Degree at the university. I was shortlisted for Geomatics Engineering and Geospatial Information Systems(GEGIS) at Dedan Kimathi University of Technology, by then a constituent university college of JKUAT.

As the name of the programme appears, this was so strange for me. I didn’t know a single student or alumni of the programme and this made me skeptical since I understood nothing about it. To make matters worse, we were the pioneers of the programme at DeKUT.  I thought I would change to Computer Science or even IT and continue with my computer craziness.

When we got to campus, my colleagues were hesitant about GEGIS too and by then we realized there was a problem. Most of us didn’t understand the programme and its component’s. The department director organized a trip for us to visit our mother university, JKUAT, to meet other GEGIS students and interact with them. This was an eye opener to us. The journey had begun and the idea to leave GEGIS for computer science or IT was trashed.

The enthusiasm to understand Geospatial technology was on top gear and a daily affair. My biggest worry was to waste the IT skills while pursuing new horizons of the Geospatial industry. One day, during a lecture, GEGIS director, one of my mentors, highlighted on the application of Geospatial technology in real-life that changed the way I perceived things. The best part of it all was that I could integrate my IT and GIS skills for the better. Geo-IT it was.

By the time I completed my Pharmacy Software project, I had developed a passion for systems and was doing desktop applications. In the GIS realm, there was, of course, AcrGIS and QGIS which were well known. To my crew (Led by Steve and Bony), we wanted to create something of our own, something great enough. We developed a Desktop GIS system that had basic Geospatial basics. Upgrades were rolled out every two weeks. This project led to the establishment of Gdev, a group of passionate upcoming developers within the GEGIS department, who taught themselves code and GIS Software. In three months’ time, we had a  working system that was presented to the department staff for mentor-ship and reviews. Crazy, huh? Yeah.

At Gdev, we scheduled student mentorship programmes, hands-on trainings  and bootcamps to grow our skills and network with key industry players. Gdev inspired young souls in programming and GIS to put ideas into solutions. Meet-ups are held once in a week since its founding to date. After many months of doing what I loved, the power of GIS was well known to me and learning more was my motivation. The trend continued and I started working with companies that needed GIS training for their staff. I started off as a GIS Consultant. I would engage in a number of activities on different projects such as coding field survey platforms, data collection, spatial data publishing etc.

I would engage in school bootcamps, coding forums and talks, conferences, competitions and other activities that drew my attention.

The climax of all came when my team won a grant by USAID and NASA through Regional Center for Mapping of Resources for Development (RCMRD). The grant was an eye opener to greater horizons within the Geospatial industry. It’s through this project, I was able to interact with think tanks from East and Southern Africa (RCMRD’s member states) both at technical and managerial positions. The project, A pilot implementation of the Land Administration Domain Model (LADM), received green light in the industry offering opportunities to the team members in different positions in the country and beyond. It’s through the same project that I boarded a plane for the first time in my life. Haha!

Since then, I haven’t looked back. I have visited over 7 countries in Africa offering consultancy services to organizations, governments and private companies. I’m humbled for the many opportunities that the industry has granted me to partake and contribute to building a better world through GIS. I started my YouTube Channel, to help developers and GIS users learn more on web mapping and use of QGIS for their day-to-day work. I have also dedicated this website for the same. It’s through sharing that I feel good and exercise my responsibilities as a GIS advocate.

Today is my BIRTHDAY, a day I rarely celebrate (It keeps escaping my mind). This year, I have decided to narrate my story and how things came to be. I look forward to visiting more cities and countries in Africa and other continents to meet GIS professionals, users, developers and even trainers. It would be such a great honor.

I thank friends, mentors, supervisors, partners and clients who have helped in coming this far and still continue to be of great support. Indeed am humbled.

As a parting shot, I would like to leave you with an inspiration once shared by Steve Jobs,

“You can’t connect the dots looking forward; you can only connect them looking backwards. So you have to trust that the dots will somehow connect in your future. You have to trust in something — your gut, destiny, life, karma, whatever. This approach has never let me down, and it has made all the difference in my life”

A GIS user with interests in web and desktop systems development, FOSS advocate, trainer and mentor. Lives in Nairobi but finds adventure in travelling.
The "Life in GIS" phrase is as a result of the many told and untold stories in the Geospatial realm. 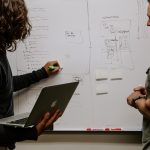 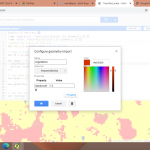 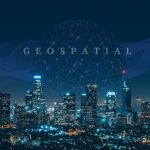 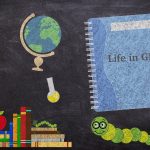 How to grow your GIS development career March 6, 2019
VIEW ALL POSTS BY Wanjohi Kibui 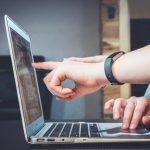 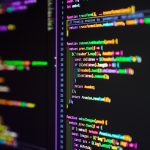 Wow, this is quite inspiring. I love the passion. Keep giving it your best Sam.

Hi Wanjohi… Thanks for such a n interesting post. I am currently doing Bachelor of Arts in Geography at Moi University and we also had problems in understanding what this course is all about. I haven’t learned much about IT but I really have an interest in taking that path. I recently came across this blog and I would love to learn more.

Am currently teaching myself HTML, CSS, PHP and Python but I would like to be mentored by you.

Hello Ptah,
Apologies for this super late reply. I didn’t see this. Welcome aboard and keep up with the pace. To reach me, use swanjohi@lifeingis.com or +254719696921. Let’s walk through this journey together